The Unified Field technology Quiet Impact Groups maintained in various regions of the world for over 25 years have been proven to effectively lower the crime rate, increase cooperation, create a favourable business climate and eliminate poverty.

The first Preventive Wings in modern history were officially created in Mozambique in 1992. They were formed by the military, the military administrative personnel and the police forces.

The transformation of Mozambique came as statistically predicted.

No other meditation technique can claim that.

The Unified Field Technology, popular as the Maharishi Effect, has been known to the military for decades as the Invincible Defense Technology.

Below: A Preventive Wing during the Unified Field Technology, TM & TMSidhi program in one of Latin America countries 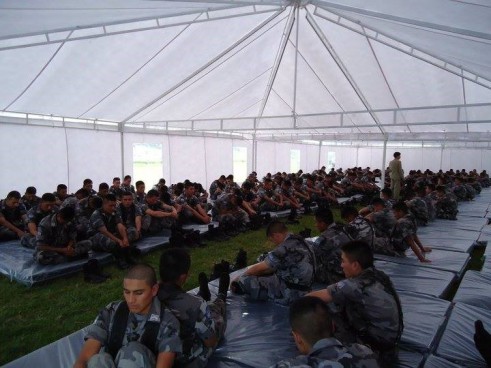