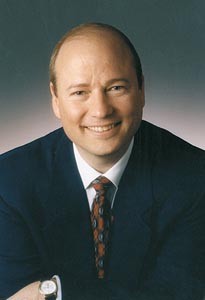 John Hagelin, Ph.D., is a world-renowned quantum physicist, educator, public policy expert, and leading proponent of peace. He is the author of many books, including Manual for a Perfect Government - How to Harness the Laws of Nature to Bring Maximum Success to Governmental Administration.

Dr. Hagelin has conducted pioneering research at the European Organization for Nuclear Research, C.E.R.N. Geneva, Switzerland. He is a former researcher at S.L.A.C. National Accelerator Laboratory (a multipurpose laboratory for astrophysics, photon science, accelerator, a particle physics research center) operated by Stanford University for the U.S. Department of Energy’s Office of Science﻿. Dr Hagelin is the author of more than 70 papers published in journals such as Physics Letters, Nuclear Physics, and the Physical Review, his scientific contributions in the fields of electroweak unification, grand unification, supersymmetry, and cosmology include some of the most cited references in the physical sciences. He is responsible for the development of a highly successful grand unified field theory based on the superstring—a theory that was featured in a cover story of Discover magazine.

In recognition of his outstanding achievements, Dr. Hagelin was named winner of the prestigious Kilby Award, which recognizes scientists who have made “major contributions to society through their applied research in the fields of science and technology.” The award recognized Dr. Hagelin as “a scientist in the tradition of Einstein, Jeans, Bohr and Eddington.”

Dr. Hagelin has appeared many times on ABC’s “Nightline” and “Politically Incorrect,”NBC’s “Meet the Press,” CNN’s “Larry King Live!” and “Inside Politics,” CNBC’s “Hardball with Chris Matthews,” C-SPAN’s “Washington Journal,” and others. He has also been regularly featured in the Washington Post, the New York Times, the Wall Street Journal, USA Today, the Los Angeles Times, the San Francisco Chronicle, and most other major metropolitan newspapers. Dr. Hagelin was the Natural Law Party and Reform Party U.S. Presidential candidate for the 2000 election.