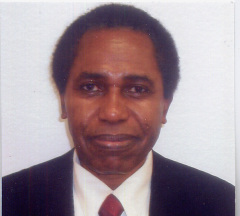 Member of the Board of Directors

University of Zambia, Lusaka 1969: Bachelor of Arts degree in Economics and French

Ambassador to Belgium and, concurrently, to France, Italy, Luxembourg, Netherlands, Portugal and Spain, based in Brussels, Belgium.   Served as one of the ACP negotiators of the Cotonou Partnership Agreement between the African, Caribbean and Pacific States (ACP) and the European Union (EU), Brussels, Belgium

Ambassador and Permanent Representative to the European Union, Brussels, Belgium

Chairman of the African Group of States, Brussels, Belgium

Chairman of the Common Market for Eastern and Southern Africa (COMESA), Brussels, Belgium

Permanent Representative to the United Nations Food and Agriculture Organization (FAO) and to the International Fund for Agricultural Development (IFAD), Rome, Italy

1993-1995:  Ambassador and Permanent Representative to the United Nations and Other International Organizations in Geneva, Switzerland and Vienna, Austria

Director of Economic and Technical Cooperation, National Commission for Development Planning, Lusaka, Zambia. Duties included coordination and negotiation of agreements with development cooperation partners, ensuring transparency and accountability through regular monitoring and evaluation with a view to efficient and effective utilization of donor/ partner funds.

Economic Adviser, Office of the Secretary-General of the governing Party (on secondment from the Civil Service), Lusaka, Zambia

Representative to the United Nations Economic and Social Council

Delegate to the Executive Board, United Nations Children's Fund

Visionary Empowerment Trust (VET), Founder, Lusaka, Zambia. The primary project goal of VET is to empower women and girls, in particular orphans and widows, to sustain themselves through education, health, business and life-skills training and access to microfinance, in order to combat poverty, gender inequality and vulnerability to HIV/AIDS and other diseases.

Member of the Advisory Board, Global Alliance for Women's Health (GAWH), in consultative status with the United Nations, New York

Voices of African Mothers, Inc. (VAM), Member of the International Advisory Board, in consultative status with the United Nations, New York

International Youth Council, Member of the Advisory Board, New York

United States Foundation for Peace in the Middle East, Member of the Honorary Board of United Nations Ambassadors

The National Arts Club: Educational Initiative of Archeology Committee, Member of the Advisory Board, New York

Cubraiti: a multi-cultural organization in special consultative status with the United Nations, President of the Advisory Board, New York

Manhattan Together, Member, a congregation-based project composed of 30 inter-faith and non-profit organizations in New York that focuses on critical themes of improving affordable housing, improving the quality of public education, and increasing opportunities for immigrants

Participated in many international and regional conferences and meetings during a 40-year professional career in international relations, public service and, currently, international consulting.